Multi-instrumentalist, composer, and trumpet master, Nicholas Payton is one of the most important artists working and recording today. A virtuoso before he was out of high school, his talent and skills have earned him the praise and accolades that ensured his place in musical history. Spanning a multitude of musical genres, Payton has composed, arranged, performed, and recorded with his own groups in many settings. His astounding breadth of ability encompasses solo, duo, trio, quartet, quintet, sextet, 21-piece big band, and full orchestra, exemplified in his powerful work from 2012, ‘The Black American Symphony.’

Payton is the president of his own successful independent label, Paytone Records. His latest project is, ‘Afro-Caribbean Mixtape,’ where he seamlessly merges contemporary music, African rhythms, and the voices of historical figures with a performance and execution that is unmatched. Payton notes, “It is often said that New Orleans is the northernmost region of the Caribbean. Africa is the source of all rhythms. The ‘Afro-Caribbean Mixtape’ is a study of how those rhythms were dispersed by way of the Middle Passage throughout Cuba, Haiti, and Puerto Rico, then funneled through the mouthpiece of New Orleans to North America(,) and the rest of the world.”

Payton was born into a musical family in New Orleans, Louisiana. He showed talent for music at a very early age. He received his first trumpet at age four, and by age nine, he was sitting in with local bands including the Young Tuxedo Brass Band. By the age of 12, he was a member of the All-Star Brass Band that performed and toured extensively. As he developed and studied, Nicholas learned how to successfully play several instruments. In addition to being an accomplished trumpeter, Nicholas plays piano, bass, drums, tuba, trombone, clarinet, and saxophone. During his high school years, Payton attended the New Orleans Center for Creative Arts under the tutelage of Clyde Kerr, Jr.. After his graduation from NOCCA, he studied with a host of musical luminaries at the University of New Orleans that included Harold Battiste and Ellis Marsalis.

Scarcely out of his teens, Nicholas made his major label recording debut as a band leader for Verve Records. He has since recorded a multitude of albums, performed world-wide with his own ensembles, and remains a highly regarded and sought-after special guest. Nicholas won a Grammy Award for his collaboration with Doc Cheatham. 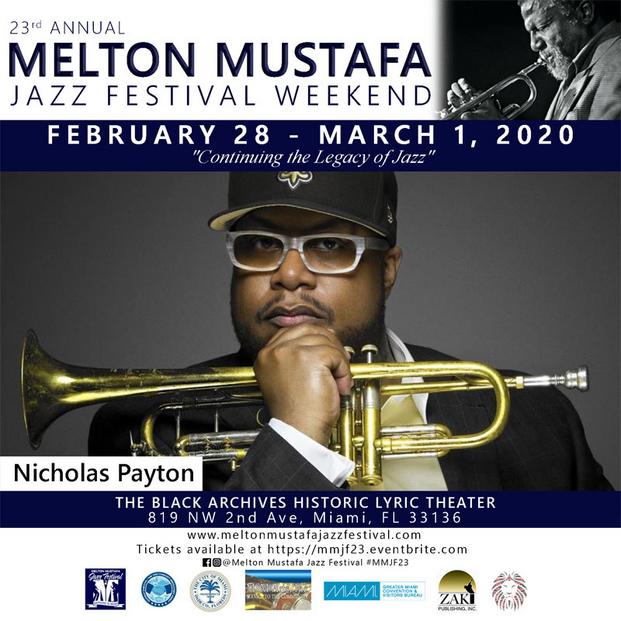